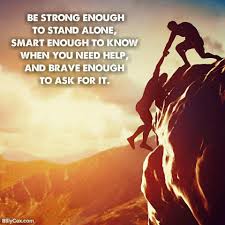 Forming bonds of trust or obligation are the foundation of trade, community and security. Reciprocal exchanges include many more things than just food and manufactured objects. The most valued gifts are courtesies, entertainment (e.g., songs, dances, and speeches), healing skills, and standing in defence of the weak or oppressed.

The psychopaths corrupted the idea of surety by trading women (to be wives), and children. The idea that women and children could be traded away, is shocking.  However, for millennia, the heads of royal and wealthy psychopathic Ba’alist families have traded their daughters and sometimes sisters in marriage in order to establish or solidify economic and political alliances.  Psychopaths giving female relatives to potential male allies has been a powerful bonding tool within the Ba’alist system throughout most of the world.

Courtesy gift exchanges are usually reciprocal.  That is to say, if you receive a gift, you are obliged to repay it with another gift.  Reciprocity typically results in a continuing sequence of giving, receiving, and repaying gifts.

Negative, or psychopathic reciprocity gifts generate a cycle of conflict, for example, you’re attacked, you reciprocate, they reciprocate etc. this causes mistrust, fear, hatred, hardship and atrocities. Breaking this obligation of continuous reciprocity, in the psychopathic form, is seen as weakness, and defeat.

Reciprocity is a binding mechanism in that its continuance helps, in the balanced positive form, to hold friends and families, neighbours, communities and diverse groups together, and in the psychopathic negative, to generate feuds, in order to create the tensions required for the enslavement of humanity within feudal fiefdoms that identify as corporations, these are named countries.

Balanced reciprocal exchanges generally do not redistribute a society’s wealth in a way that causes some people to become richer than others.  Rather, they usually result in a circulation of goods and services.

Negative reciprocal exchange, is structured on fear, you gift your labours to the Ba’alist (owner) who in exchange claims to provide protection from their direct aggression and the aggression from surrounding feudal conflicts, in this way the five forms of usury allow wealth to be drained from both the individual and the community, allowing the Ba’alists to become extremely wealthy and the masses to exist in comparative poverty.

A balanced reciprocity model is based on the idea of an explicit expectation of immediate return.  Simple barter or supermarket purchases involve this understanding.  If you walk out of a store without paying for the goods that you have taken, you very likely will be stopped by the store employees and possibly arrested because you failed to immediately reciprocate with the appropriate amount of money.

Negative reciprocity occurs when there is an attempt to get someone to exchange something he or she may not want, marketing is used for this objective which commonly involves trickery. Or an attempt to get a more valued thing than you give in return, this is known as added profit and taxation. Profit is the interest demanded for the use of capital and is a form of usury, Taxation is the interest demanded on the use of your own labours, taxation is a redistributive extortion system. Usury is a one sided extraction of the fruits of the labours of another.

Negative reciprocity can be committed directly by an individual, for example. She desperately needs to sell her car before she leaves.  It is nearly new and it cost her $22,000.  You offer her $10,000 which she reluctantly accepts because there is no other choice for her time constraint.  Your taking advantage of her situation resulted in negative reciprocity.

Courtesy gift exchange reciprocity does not involve taking advantage of someone. In fact, someone may willingly give you more than you believe that you are giving in return, this is not a negative reciprocity because it is the other way around, you are not taking advantage of another’s misfortune, instead the other is gifting a courtesy and the reciprocal exchange may appear to you one sided while to the other the benefits are reciprocally balanced.

For example, a poor student wanting to go to an expensive university might be polite and respectful toward a rich uncle, that uncle may gladly pay for his nephew’s or niece’s education in return, because of the attention and recognition that he receives in social standing, within his family and community.  The money is relatively unimportant to him compared to the respect and attention that is offered.

Surety Bond: The Protection Against Privation

The surety bond is the basis of community, the guarantee to establish relief in arbitration, the guiding light to trust in trade, and the foundation of “exclusive” (differing to collective external guarantee) external guarantee for advances.

A surety bond is a sealed, independent written, witnessed agreement between living souls, for each to stand surety for the other; meaning you are agreeing to take responsibility for your bondsman and they for you in an equally reciprocated bond.

The surety bond is a commitment of deep trust between the two parties, and is the security for the community itself in many ways.

In trade the assuredness in which you would enter a written reciprocal agreement that required trust, is weighed against the number of bondsmen held in surety by either party, the surety bond services the assuredness in the individuals bond of the oath giver or trader, because it shows how many others trust someone enough to take on the burden of their defence, support and trustworthiness.

Within the allodium concept “No living soul ought to lose their surplus resources without their own free action”, such as the action of guarantee default, and no awardee or unpaid advance can have any settlement established through the confiscation of any immovable resources of any debtor, and further cannot seize the movable resources of a debtor that would in doing so prevent them earning a living, or having full provisions for their home. Only the surplus fruits of the labours of the debtor can be demanded, nothing more, and if those resources are refused to be surrendered or no resources exist to satisfy any equitable demand, the outstanding advance can have equitable payment settled through agreement of the debtors surety bondsmen, and the dishonoured debtor can then work to repay their surety.

In the Witena-Gemot (court), if it is equitably determined you encroached upon another and the relief is to pay the living soul more than you are able, the short fall must be paid by your surety bond members and you must labour to repay your surety over time.

If you have failed to honour the repayment of an advance on the advancing platform, the guarantors within your surety bond, that stood guarantor for that advance, are then liable to repay the installment outstanding, upon that advance; every advance must have an external guarantee of repayment, for any advance to be advanced.

In death if you leave unsettled debt or obligations, it is your surety bondsmen who stand the cost or establish settlement, when the existing resources are insufficient to meet those obligations.

This settles the debt; however, the defaulter of the advance repayment must labour over time to repay all the coins provided from each bondsman, paying first, those who contributed to honour the outstanding repayment most distantly connected to the surety.

The Eye of Horus – A Symbol of Protection Egainst Evil (Excess) 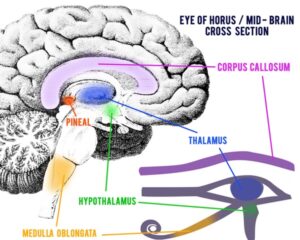 The pineal gland comparably forms the structure of common unity. To determine any model of inherent virtue, the repeating patterns of perceptual reality must be examined and applied, effectively copying the natural forms.

The “medulla oblongata” comparably is the most inferior element, allowing ascending through trust building or descending through dishonesty, of the new bondsman, that enter into the closed bond model.

A surety bond is a bilateral reciprocal agreement, witnessed and sealed (with a physical imprint, finger print, hand print, foot print etc.), an intimate agreement that connects people, this is comparable to the “hypothalamus” within the structure, which plays a crucial role in regulating trade, agreement, accountability and unity. The gradual growth of trust, built through the interactions of bondsmen within the closed bond structures.

The “thalamus” is comparable to the reciprocal bonding structures that satisfy the needs of those working in common unity, allowing production, cooperation, accountability within agreement and consensus.

The “corpus callosum” is comparable to connecting neighbour to neighbour, within a polycentric network forming connective pathways across the whole, a fractally structured bond, formed as local hubs.

The “pineal gland” is comparable to the reception of information about the social forces that shape the lives of every bondsman, who form the bonds population, and conveying, connecting, and referencing this information to produce unity and affiliation through surety bonding.

Around the pineal gland are “24” cranial nerves, used to regulate the “24” hour circadian melatonin rhythm, comparably a full bond, which has a maximum number of bondsmen any one soul can be in reciprocal agreement with, as “24” sureties, seen as a full community. This prevents the trivialization or corruption of the surety, through the possibility of one soul having hundreds of bonds. 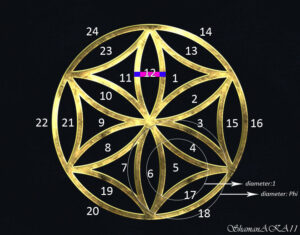 The sun vibrates at 126,22hz, this frequency vibrating a sample of water, as it’s frozen, forms a crystaline pattern, which forms divisions of 6, 12 and 24. 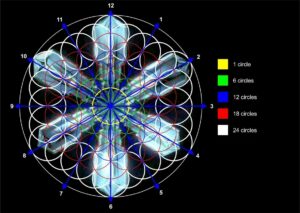 Once bound by a surety bond you cannot be forejudged, disinherited, disavowed or disowned from surety bond if you owe any debt, or become liable to honour any obligation, but if no obligations are imminent and no debt is owed or obligation needing settlement, then the bond can be dissolved in the same way it was formed, both bondsmen seal the end of the bond with two witnesses, dissolution cannot be denied by either bondsmen.