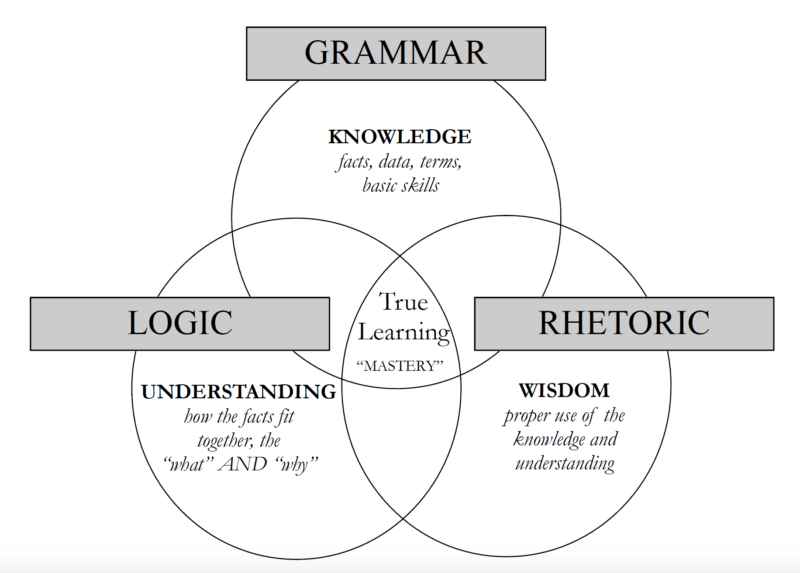 The most important thing required to form a physical common unity (community) is the skill of reasoning.

Everyone is convinced they can reason, which is a part of the indoctrination of being schooled, however, for the vast majority, that belief is utterly without foundation. The mandated schooling system was developed by the owners of the government mafias, to prevent the skill of reasoning to truth from existing widely. School is an elaborate filer, the higher up the schooling structure you progress, the less you’re able to reason; university graduates are trained to think emotionally, not rationally.

Learning to reason is quite simple to master. The first aspect is absorption.

The question is key for absorption, and you must question everything.

Language itself must be examined at the root, and in the past Latin was required in the trivium in order to recognise the root of the English language, however you can simply examine the root (the origin of the word) in dictionaries.

The question must be taken to the very root, this means where, when, what, why, who, are the foundations of absorption of evidence, events and concepts.

You must absorb evidence, and examining concepts claimed to explain the evidence.

For example, for the question: Are the tides of the Earths oceans caused by the attraction of mass of the moon?

The evidence shows the moon does have an effect on the Earth oceans.

Now we examine the root by questioning.

At what distance from the earth does the force of gravity extend?

Earths gravity only extends 3200km from its surface.

What is the mass of the moon?

The moon is around a third the mass of the Earth.

What distance is the moon from the Earth?

The conclusion of this is the force of gravity “cannot” be the cause of the moons virtual shadow reducing the Earth gravity as it traverses the heavens.

This opens up more questions, and the process continues.

This is the first aspect of the trivium absorption, questioning everything and absorbing evidence and establishing fundamental truths.

Understanding is not standing under the authority of another.

Nothing said in this discussion is truthful, they work together to direct people away from truth and so from determining any useful action: Link: We Are F*cked

If you cannot identify the lies and logical fallacies within this linked video, then it should make you aware that you need to take a little time to master reasoning.

Rhetoric is the art of effective or persuasive speaking or writing, especially the exploitation of figures of speech and other compositional techniques.

Rhetoric in the schooled mind is designed to have a persuasive or impressive effect through the extensive use of logical fallacies, so is lacking in sincerity or meaningful content.

Rhetoric can be a true art of expression once again, when free of logical fallacies.