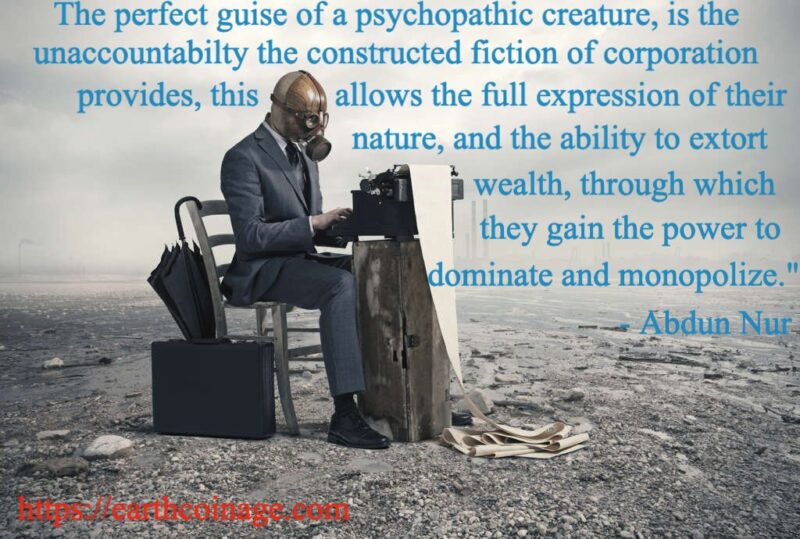 “Advertising: the science of arresting the human intelligence long enough to get money from it.” – Stephen Leacock

Marketing is the activity, set of institutions, and processes for creating, communicating, delivering, and exchanging “offerings” that have been imbued with perceived value.

Deception is the bedrock of marketing, fooling the gullible is a “mark”eters bread and butter, each one of us their mark. A mark is defined as an object of attack, ridicule, or abuse specifically: a victim or prospective victim of a swindle.

Everything, and I mean everything, in the modern usury based global society, is focused solely on fooling the gullible, in order to turn each soul into a cash cow, mulct day and night.

Manufacturing corporations sell products, service corporations sell services and mental control corporations sell behaviour. All functioning through a distinctive species of fraudulent conduct, intending to further exchanges, or ingrain behaviours that are not free willed, as the victims decision is not honestly informed, allowing confidence tricksters (con men), to extort at the expense of their victims (the ‘marks‘). 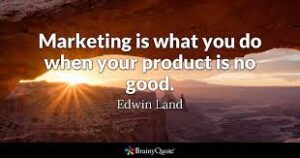 Marketing is not required in a system of abject slavery, this requires brutal military domination, and was the model used by the Roman empire mafia. The Roman empire mafia failed as the usury system stagnated this cultists model. So the Roman empire mafia was rebooted with the Ba’alist concoction of Christianity, restructured as the Holy Roman Empire mafia, using a tri-“ba’alist” religion to establish usury based monopolies, protected by the ba’alist model of mental subjugation to the religious cult that was invented solely to support it.

This formed the tri-ba’al corporate structure of owners, represented as; the father as the granter of the substance, the son as the trustee and the Holy ghost as the beneficiary.

The mind control of the early corporation of church, monarchies laid the foundations. 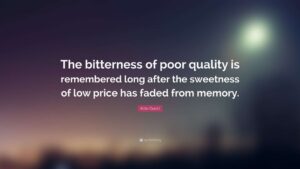 This is one side of marketing, where the gullible are targeted to buy things they do not need, or do not want, or products of poor quality at very high prices. The other side of marketing is more powerful, and that’s in belief.

Belief is more powerful than gullibility, and entire markets can be generated through forming false beliefs. The germ theory of the modern medical mafia is a fundamental lie, as are viruses, these lies have built pharmaceutical empires of breath taking wealth, curing almost nothing, yet generating profits of staggering sums.

The false belief in vegan diets based in grains, a belief pioneered by the latter day saints religious cult , has generated huge levels of obesity and diabetes globally, creating a diet industry and pharmaceutical market from simply a false belief that animal fat and meat are unhealthy and grains and grain based oils are healthy.

For example, the false belief in nuclear weapons, this allowed the expansion of the industrial military complex, the continuous unprovoked attack of region after region across the earth, vast profits in weapons, defence, and medical treatment for physical trauma from the vast number of injured through this expansion, and the profits from the rebuilding the infrastructure of slavery after the conflict is complete, etc. They sold this false belief towards the end of WW2, as people no longer supported wars, so to justify the extortion of taxation across all fiefdom mafias, for military adventurism, and defence from such adventurism, the nuclear lie was marketed.

The vast profits that can be generated through the forming of false beliefs are limitless, and this is a fundamental reason that almost everything the average man believes is a lie.

The vaccination industry is a good example of this model of marketing, vaccination is based on fundamentally fictional foundations, viruses are a construct, and the prevention of that fictional construct through the injection of chemical cocktails, designed to attack the immune system, and introduce pathogenic material, allows vast profits. Vaccination is so dangerous the pharmaceutical mafia forced the govern mental mafias around the world to remove all liability form manufactures, preventing anyone suing any vaccine manufacturer when their product results in death or injury.

Corporate Service as a general rule require monopoly, without monopoly the service provided would quickly be rendered redundant as cooperative alternatives would prove far superior.

These monopolies allow the owners of the State mafia corporation to levy taxes above the basic taxation extorted from all other non-monopoly corporation, as without any competition the State are able to get in on the feeding frenzy of the monopolist, the victim having no other options available to avoid the extortion.

The main corporation of mental control is the govern mental State mafia, as all mafia it uses a monopoly on violence and the manufacture of fear to control it’s victim, using the wealth it extorts to fund its control systems. This corporation controls behaviour, through legislation, and indoctrination.

The indoctrinating of the masses begins from childhood with a basic 12,000 hour indoctrination program labelled school.

Logical fallacies are the basis for marketing and the use of terms that generate emotional rather than rational reactions, like “transparency,” “trust,” and “privacy,”. The new world order of totalitarian enslavement is laying the foundations of new abilities of marketing. An example of this is IBM’s “Digital Health Pass” the marketing describes the mass tracking app as a “smart way to return to society” that allows people to “return to the activities and things they love.”. Allowing the AI of the State govern mental mafia, the ability to access and monitor your every movement.

Establishing an Alternative to “Mark”eting

To create an effective alternative that would end marketing, so rendering it redundant, reversing the corps of marketing, that rots the mind, squanders resources and stagnates life, allowing only existence and effectively retarding living, is the cooperation of common unity, having no need of any marketing by fulfilling your own needs collectively, anarchically and free of both parasites and monopolists.

This is achieved through the bonding model.

The bonding model is very simple, using the closed bond platforms, bonds can be created, funded and developed.

Accounts on the advancing platform are grouped by location in a polycentric network, as most trades are local, and most bonds are also local. Link – Earthcoinage Polycentric Hub Network

When a bondsman has a “need”, they go to the bonding platform and create a bond using one of the templates in order to satisfy that need is no one else has created a local bond already.

The bond becomes live when enough local bondsmen have joined it, that also have the same need, and are willing to guarantee the cost of depreciation of the infrastructure annually, for as long as they have the need.

When it becomes live a cooperative bond is created. This bond seeks bondsmen that have the skill sets to develop the bond, using full consensus.

The funds are created on the advancing platform cryptocurrency, to build the infrastructure.

The cooperative bonds pay collectively 20% of the cost of the infrastructure advance, which is held in virtual escrow, as a guarantee to protect the advance from fraud or abuse.

The cooperative uses the infrastructure, that is guaranteed by the “need” bondsmen, to provide the goods or services of the initiating bond, satisfying the need without banking charges, profit, taxation or parasites.

Paying for the Roads Without any Government Mafia