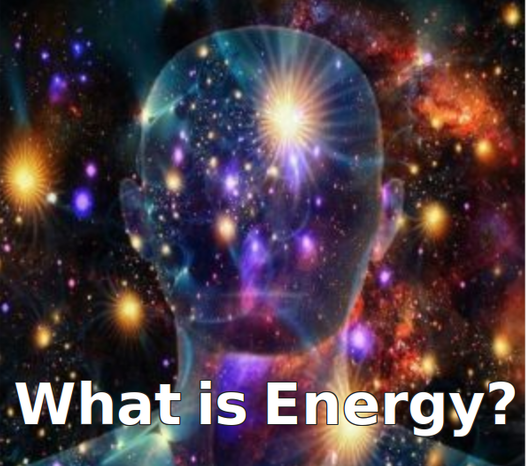 What is Energy in Physics?

In physics energy is always viewed within a closed system, this generates the four laws of thermodynamics, and so the belief that energy is the quantitative property that must be transferred to an object in order to perform work on, or to heat, the object. This belief is required by the elite to allow the present monopolies on energy production.

At its origins, the claimed “Laws” of thermodynamics were developed around the study of engines.

The first law of thermodynamics is conservation of energy, adapted for thermodynamic systems. This states that the total energy of an isolated (closed) system is constant; energy can be transformed from one form to another, but can be neither created nor destroyed.

This law is directly contrary to reality, it is impossible to form a closed energy system, energy in reality is constantly created and destroyed, and perpetual motion is the very fabric of matter. Every atom in existence is a spinning expression of perpetual motion, every magnetic field pours out energy perpetually.

The second law of thermodynamics states that the total entropy (randomness or disorder) of an isolated (closed) system can never decrease over time, and is constant if and only if all processes are reversible. “Isolated systems” (closed energy systems) spontaneously evolve towards thermodynamic equilibrium, the state with maximum entropy. Basically when designing engines the Second Law describes how energy eventually and always “runs down” until it can’t be re-used for anything except warming the environment, and for engine design based on inputting expendable energy to generate work, that would be true, but it does not apply to the universal processes, as universal process are not within a closed energy system, but are within an open one.

The third law of thermodynamics states a system’s entropy (randomness or disorder) approaches a constant value as its temperature approaches absolute zero.

The vacuum of space is 2.73 Kelvin (-270.42 Celsius), that means it’s 2.73 Kelvin above zero Kelvin. The infinity of space is not absolute zero. They claim this is because all matter above absolute zero Kelvin radiates IR photons as background radiation. Infrared, sometimes called infrared light, is electromagnetic radiation with wavelengths longer than those of visible light, again demonstrating we exist within an open energy system.

With positive temperatures, atoms more likely occupy low-energy states than high-energy states, a pattern known as Boltzmann distribution in physics. When an object is heated, its atoms can reach higher energy levels.

Everything in nature demonstrates an open energy model.

This of Course Does Not Answer the Question – What is Energy?

Everything is made of atoms, which are energy, but what is energy, main stream science presently does not know in any way what energy is, only what it does, they name it, they quantify it, they discover the rules of interaction between various forms of energy, but they do not have any answer to what it is.

What is an Atom?

The idea of atoms originated in Ancient Greece when philosopher Democritus imagined that if you cut something in half enough, you would reach a piece so tiny it couldn’t be cut anymore. He named these things ‘uncuttable’, or ‘Atomos’.

Atoms are the attraction of electrons to protons acting like the two different ends of a battery, they have equal and opposite electric charges, they are not little balls, they do not occupy a tiny, point-like area of space, instead they have a wave-like behaviour.

In the past atoms were understood as a vortex but this was disregarded. In recent experiments, scientists observed the Kelvin vortex over a century after its theorization by Kelvin and Helmholtz. (LINK)

The micro and the macro demonstrate the same fundamental patterns, from this perspective atoms would be helical and toroidal vortexes, and as such structures, atoms would establish a pressure differential between the outside and the inside.

The space between two atoms effectively disappears when their separation is below a key distance called the diffraction limit, which is roughly equal to the light’s wavelength. This is analogous to two distant stars that appear as a single point of light in the night sky. However, this is also the scale at which atoms start to interact and give rise to rich and interesting quantum mechanical behavior. The spin of one exerts influence over the spin of the other, and vice versa. As spins interact in this realm, they can become entangled, a term scientists use to describe two or more particles that are inextricably linked. Entangled particles behave as if they share “one existence”, no matter how far apart they later become.

Why would that be?

The entangled atoms become a single “thought”, thought just like an atom, exists without any actual substance, and just like atoms there is still no explanation as to how it can be adequately defined or understood.

Thought is the only product of consciousness, and consciousness is all that is required for all reality to exist, as everything is perceptual.

“If quantum mechanics hasn’t profoundly shocked you, you haven’t understood it yet. Everything we call real is made of things that cannot be regarded as real.” – Niels Bohr

Physicists have now confirmed that the apparently substantial stuff is actually no more than fluctuations in the quantum vacuum. (Link)

“Get over it, and accept the inarguable conclusion. The universe is immaterial-mental and spiritual” – Richard Conn Henry, Professor of Physics and Astronomy at Johns Hopkins University (quote taken from “the mental universe)

A fundamental conclusion of the new physics also acknowledges that the observer creates the reality. As observers, we are personally involved with the creation of our own reality. Physicists are being forced to admit that the universe is a “mental” construction. Pioneering physicist Sir James Jeans wrote:

“The stream of knowledge is heading toward a non-mechanical reality; the universe begins to look more like a great thought than like a great machine. Mind no longer appears to be an accidental intruder into the realm of matter, we ought rather hail it as the creator and governor of the realm of matter.” (R. C. Henry, “The Mental Universe”; Nature 436:29, 2005)

As I have explained in other articles, only a single consciousness can exist, this allows, through a fractal nature, the one to be expressed infinitely but always remain one, a totality not an entity, this single fractal consciousness is reality, a shared perception of the fractal one infinitely expressed. No God, no separation, we are one soul, a soul exposed through empathy. The key to grasping this is, anything from the infinite is itself infinite.

To understand reality you must examine the repeating patterns that build it, this is not done by the main stream “scientists”, and for those trained in main stream science, you have my sympathy, a glass that is full of lies cannot be easily filled with truth.