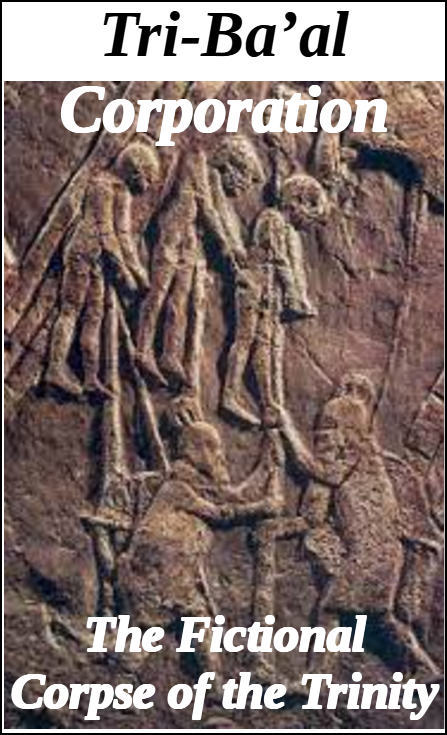 Reality is often difficult to accept, when lies are so deeply invested in, some lies are huge in their impact on the lives of the fooled, but no one wants to admit they’ve been fooled, nor do they want to admit all their investment of time and resources sacrificed to a lie were simply, in reality, extortion. So, cognitive dissonance maintains the lies for the vast majority, even in the face of ever growing evidence, that their deeply held beliefs are nothing more than nonsense.

Owner-ship is the foundation of Ba’alism, meaning the dominion or title of property.

A right is a grant from a superior to an inferior, a master dictating upon a slave, rights are only granted upon a slave, a free soul has no owner to grant what is inherent, inherent power is completely free of rights; as who is superior over another soul to dictate and dominate except a slave owner. A god is often cited to justify the slave owners granting of rights, the Ba’alist externalisation of a God entity is invented and maintained to perpetuate this fraud. 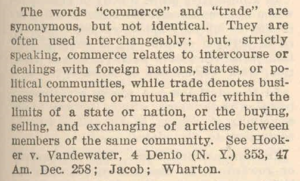 So, if the Ba’alists decide to move production out of one fiefdom and into another, they can, as they did with heavy manufacturing, which was dominated by the UK, Europe and the USA originally, which has been relocated by the corporate elite, who have now establish a global monopoly of production in China, where the quality of goods is often so low they are nothing more than landfill dressed up simply to look of value, they can do this, because they hold a global monopoly on manufacturing. Similarly they are moving computer technology out of the USA and Europe and developing a global center in Israel.

In the past manufacturing, in the original production bases, had, for the most part been useful, reliable and well engineered, by shutting down the ability of these populations to manufacture, wealth is diverted away from these populations.

Moving production to a nation under the ultimate Ba’alist model of communism, where every one is owned by the corporation of state, the glo-Ba’alists redirect wealth to their preferred system of enslavement, making the wealth available to develop new social engineering technologies, with a compliant and ultra-conformist population easy to experiment on (the Chinese).

People may be puzzled as to how, all global corporate governments follow the same narratives, when the evidence is overwhelming the narrative is complete nonsense, such as the pandemic, virus fiction, they may be puzzled as to how all the major internet and media companies are censoring and manipulation the global populations, masking reality to maintain the fictional narrative, but when you understand that the entire system is not in anyway free, and is simply a global corporate monopoly of commerce, all becomes self-evident. 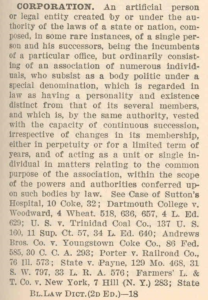 Corporation is a constructed legal fiction that allows limited liability or accountability for the shareholders when any legal (slave law known as corporate policy) action by any stakeholder is attempted.

A mafia is a corporation (a small group of individuals working against all others for their selfish advantage) whose central activity is the exercise of political authority over the actions and affairs of its stakeholders, and the arbitration of disputes between criminals (the stakeholders – consumers of the corporation) and the organization and enforcement of “illegal” agreements through the use of violence. Mafias often engage in secondary activities such as the creation of territorial monopolies and their enforcement, protection racketeering, extortion, gambling, loan sharking, drug-trafficking, prostitution, thefts and frauds.

All government is a corporation (a small group of individuals working against all others for their selfish advantage), govern mental corporations central activity is the exercise of political authority over the actions and affairs of its stakeholders, and the arbitration of disputes between stakeholders (consumers) and the organisation and enforcement of “legal” agreement through a monopoly on violence. Government often engage in secondary activities such as monopoly creation and enforcement, and protection racketeering to maintain and expand the five forms of usury.

Usury is a benefit from a loan of a thing, this is most commonly expressed through debt, so if I loan you money and you return the money to me in full, that is fair, but if I demanded a benefit of more money than was borrowed that would be usury.

Usury is a one-sided extraction of the fruits of the labours of another, which has 5 basic forms:

Debt (the interest demand for the use of money) (loan sharking)

Profit (the interest demanded for the use of capital)

Rental (the interest demanded for the use of infrastructure)

Taxation (the interest demanded for the use of your labour)

Pharmaceutical corporations hold a governmental granted monopoly as the “legal” drug traffickers, this monopoly causes 100’s of times the number of avoidable deaths than the illegal drug traffickers.

Government allows corporate banking to monopolize loan sharking, it creates mandates for insurance monopolies and allows chemical farming to dominate food production, it allows a medical system based on the nonsense of germ theory and fictional viruses to actively spread illness, and imposes a schooling system that indoctrinates and trains conformity to authority, based in emotional reaction and logical fallacies, and works to prevent independent thought and the skill of reasoning, etc.

The basis of corporate agreement is contract, which is a contraction, a reduction in agreement, allowing one-sided agreements and usury as a basis, this allows “legal” extortion. No living soul can be a party to any contract, as inherently a one-sided agreement would not be equitable, so the corporation must control the narrative and form a straw man to “re-present” the individual as a constructed legal fiction, the persona of the anima.

Contract allows agreement to be formed between fictional legal constructs only, this is the basis of all slave law (legislation).

Govern mental corporate mafia is not needed, the so-called power vacuum can only exist if a population is mentally enslaved to want govern mental control. If you create alternative structures of social interaction free of usury, monopolies, corporation, hierarchy and parasitical extortion, the power vacuum becomes just a fairy tale of a group of psychopaths.

The great reset is the expansion of the ba’alist ownership corporate model, taking control, so imposing a monopoly and extorting revenues from water, seeds, food and pollution, establishing more dominating monopolies of government, finance, military, police and medical treatment, restricting free movement, restricting reproduction, and imposing a global monitoring and weapons system under the control of an AI system to identify and eradicate dissent.

The conformist is the foundation of all hierarchical domination, if people were not cowardly, fearful and ignorant of reality, then government would be impossible, if reality was reasoned through, then all corporation would be considered an affront to community, and mafia would be warred against endlessly and made impossible.

“Abraham Lincoln did not cause the death of so many people from a mere love of slaughter, but only to bring about a state of consent that could not otherwise be secured for the government he had undertaken to administer. When a government has once reduced its people to a state of consent – that is, of submission to its will – it can put them to a much better use than to kill them; for it can then plunder them, enslave them, and use them as tools for plundering and enslaving others. And these are the uses to which most governments, our own among the rest, do put their people, whenever they have once reduced them to a state of consent to its will. Andrew Jackson said that those who did not consent to the government he attempted to administer upon them, for that reason, were traitors, and ought to be hanged. Like so many other so-called “heroes,” he thought the sword and the gallows excellent instrumentalities for securing the people’s consent to be governed. The idea that, although government should rest on the consent of the governed, yet so much force may nevertheless be employed as may be necessary to produce that consent, embodies everything that was ever exhibited in the shape of usurpation and tyranny in any country on earth. It has cost this country a million of lives, and the loss of everything that resembles political liberty. It can have no place except as a part of a system of absolute military despotism. And it means nothing else either in this country, or in any other. There is no half-way house between a government depending wholly on voluntary support, and one depending wholly on military compulsion. And mankind have only to choose between these two classes – the class that governs, and the class that is governed or enslaved. In this case, the government rests wholly on the consent of the governors, and not at all on the consent of the governed. And whether the governors are more or less numerous than the governed, and whether they call themselves monarchists, aristocrats, or republicans, the principle is the same. The simple, and only material fact, in all cases, is, that one body of men are robbing and enslaving another. And it is only upon military compulsion that men will submit to be robbed and enslaved, it necessarily follows that any government, to which the governed, the weaker party, do not consent, must be (in regard to that weaker party), a merely military despotism. Such is the state of things now in this country, and in every other in which government does not depend wholly upon voluntary support. There never was and there never will be, a more gross, self-evident, and inexcusable violation of the principle that government should rest on the consent of the governed, than was the late war, as carried on by the North. There never was, and there never will be, a more palpable case of purely military despotism than is the government we now have.” The Word 2, no.8 (December 1873)