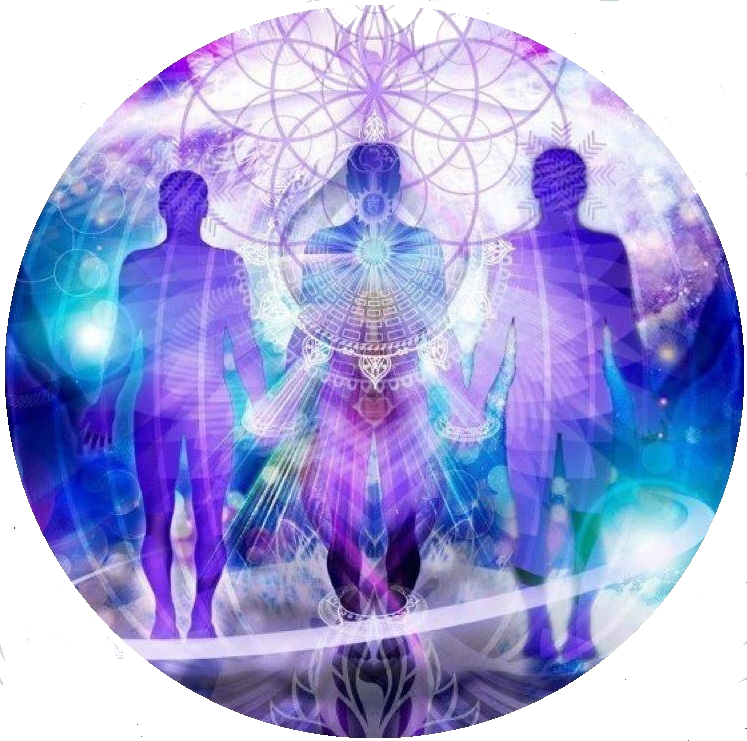 Three men lived in the worlds, the first claimed sovereign, the second claimed god and the third could simply reason.

The first, the sovereign man, subjugated the peoples through a monopoly on violence inflicted through hierarchy, using this monopoly he extorted most of the fruits of the labours of the peoples he dominated, through fear of violent abuse, should they refuse.

He imposed ownership over the fiefdom of his control, claiming all the land, and everything upon, were his property until the end of time.

The second, the god man, walked among the people and told them he was god, and as such he was the owner of the earth and all upon it, as inherently you may only claim to own that which you create, and if they refused to worship him they would be cast upon death into a fiery pit and tortured for eternity. Fear of such horrors helped to maintain the god man’s worship.

The third man explained there was nothing to fear, and the reality of their situation, and what alternatives could be established easily to end all their suffering. He explained the earth is in allodium and could not be owned by anyone, and he explained how to apply the allodium to end the baseless ownership claims they suffered.

He further explained that it was impossible for any god to exist, as creation is internal not external, and that all religions externalised with invented fictions, as reason made clear, if the repeating patterns of the shared perception experienced as human life was examined, only a single consciousness could exist. That single consciousness forms a fractal structure repeating the entirety of consciousness at every expression, so each is both a drop in the ocean and an ocean in a drop. This man was insulted, and considered to be deluded and insane by all.

The sovereign man granted monopoly privilege to his friends, the first monopoly was on health care, his friends invented allopathic medicine which was based on a fictional theory of germs and invented viruses as invading bogymen, as this lie allowed a perfect monopoly model to be built, which allowed them to actively generate disease and attempted as far as possible only to treat symptoms with toxic poisons, and so maintain disease and gain maximum revenues before the death of the victim, so now, in all the worlds there was almost no one free of disease.

The sovereign man mandated poisons named vaccines, in order to aid his granted monopoly of death and suffering (health) care, allowing the medical mafia to generate huge profits by inject poisons directly into the people, against their will if they refused, aiding disease generation and so revenue creation, as medicine only profits from illness, not good health.

The god man walked the land and seemingly healed a few people here and there, even bringing one back from the dead, and the masses loved and worshiped him for his magic tricks, but the god man did not offer any solutions, or alternatives to the slavery imposed by the sovereign man, in fact he indirectly supported the sovereign mans system of abuse.

The reasoning man explained the reality of the allopathic medical model, showing with evidence it was in reality an illness generation system, and that germ theory was a lie, and the true model was terrain theory, he further showed them they could create a health care system themselves free of hierarchy that would end all sickness, reverse ageing, even regenerate limbs and teeth, and allow all to live in perpetuity, free of the poisons of the pharmaceutical mafia. The people refused to look at the evidence, or even consider an alternative, and they called the reasoning man deluded and insane.

The sovereign man granted a monopoly on a medium of exchange with no intrinsic value, this allowed his friends to form loan-sharking cartels using nothing but I.O.U’s. They drained the wealth of the worlds into their pockets, ever more greedily, and so poverty dominated the worlds, this generated desperation, and crime spread as a cancer everywhere.

The god man demanded of the masses a tithe on everything they earned in order to build temples for his worship, and he promised his sheep a green pasture when they died. He saw the loan sharks in his temples draining some of the wealth from his mindless sheep, and flew into a rage and attacked them, only he could fleece his sheep in his temple.

The reasoning man explained the realities of the banking mafia, and he presented an anarchic model that allowed all to gain advances free of all fees, and interest, with full external guarantee, which was linked to purchasing power in value of trade, so for the first time forming a true medium of exchange, that did not alter in true value, no matter how long it was held. The masses called him deluded and insane.

The sovereign man granted rights and duties upon his slaves, in order to profit from the cancer of crime, afflicting the masses from the poverty imposed by his thefts, and those of the banking and medical mafias. Slave law of legislation generated huge revenues, and he could use those imprisoned as cheap labour, renting them out as slaves to his friends.

The god man told his sheep to always follow the dictates of the sovereign man, and to surrender onto him all he demanded. To prove he was a god he walked on water, and multiplied a few loaves of bread and fish and turned water into wine, these magic tricks impressed the sheep and they eagerly suffered all dictates. But the god man did not solve poverty, or end suffering, or prevent abuses upon the masses in any way.

The god man gave his sheep slaves, ten laws, in addition to those of the sovereign man’s, and told them his slave laws were superior, and to break his slave law would result in eternal damnation. The first four laws were for the protection of the god man, “I am the LORD thy God.” he said, that is the law! “No other gods before me.” He said I come first. “No graven images or likenesses.” He said as I do not like to share the lime light. “Do Not take my name in vain.” He said for his protection.

The reasoning man told the masses they possessed inherent power based on the reciprocal duty of care incumbent upon all souls, and they did not need to suffer slave law of granted right and imposed duties at all, he explained how to establish inherent power anarchically as an arbitration system, based on two simple axioms, and that punishment or revenue generation were not part of creating relief from wrongs, he further explained that no representatives, police or military were needed as relief was the focus not fear and torment. The courts of slave law could only arbitrate constructed legal fiction, so had to re-present a soul as a constructed legal fiction to be mulcted, this meant that the courts were dichotomous to inherent power and the reciprocal duty of care, which the sovereign mans slave law attempted to circumvent. He was considered deluded and insane.

The sovereign man feared the masses would rebel against the yoke of the inflicted suffering he had created, as he crushed all life from the masses allowing them only to barely exist. So to stop the masses from rebellion under the yoke of such suffering, the sovereign man needed to control their perceptions further. He established a system to govern mental perceptions, using representative democracy, as a veil to mask his actions and confuse the masses to reality, and allowed them an illusion of participation in the circus of elections, to give their suffering focus away from his thefts and subjugation.

And he mandated a schooling system to make certain none could reason, but only ever conform to his authority, instilling logical fallacies as the basis of their thinking.

He dominated the mass media in order to prevent any voice of truth or descent from gaining attention, only his lies and deceptions could be instilled into the dim minds of the slaves.

But still he feared rebellion, so he plotted to poison the masses with toxic foods and water, noxious electrical systems and fluoride based medications that would reduce their intelligence and make them apathetic.

The god man had competition from other god men, so sort to make a spectacle in order to reaffirm his position, so colludes with the sovereign man to appear to have himself executed publicly, in order that he may resurrect himself, and so prove to the sheep he is the only god man worth their worship. This magic trick impressed the sheep the most. But the god man did not make the earth a paradise for his sheep, nor end resource scarcity generated through imposed monopolies, he did not open access up to the relative limitless abundance of the Earth, nor did he form common unity and so create security, in fact the god man gave them nothing but his magic tricks, claiming all rewards came only after death.

The reasoning man explains that the act of voting is one of aggression against all around you, as you are validating the enslavement of your neighbour to the dictates and subjugation of another. He explained the common unity model that has no hierarchy, as hierarchy is division into ranks, and you cannot have division in unity. He pointed out that democracy generates conflict, and you must avoid that model of determination, instead apply full consensus within a polycentric local community structure.

He further showed evidence that proved the mass media was lying, that state mandated education was a form of child abuse, and a better model could be created easily, the slaves refused to accept or examine the truth and consider him deluded and insane.

The sovereign mans resources were dwindling as his extortion stagnated the lives of the people and their poverty reduced the wealth he could steal. So he attacked his neighbours raping their lands and murdering huge numbers, conscripting the slaves into his armies.

The god man told his sheep to spread his worship by the sword, as murder of non believers was not a sin, the sin was to fail to worship him, as only through his worship could the soul reach the green pastures the sheep longed for, as within the narrow horizons of their minds, this was the only hope they could imagine to escape the horrors of their miserable lives.

The choice is always, which one of the three men you will choose to listen to, you can choose fear, and the first two men will embrace your mind and crush your soul, or you can choose reason, and determine from evidence and logic the truth for yourself, and you will then become the reasoning soul.