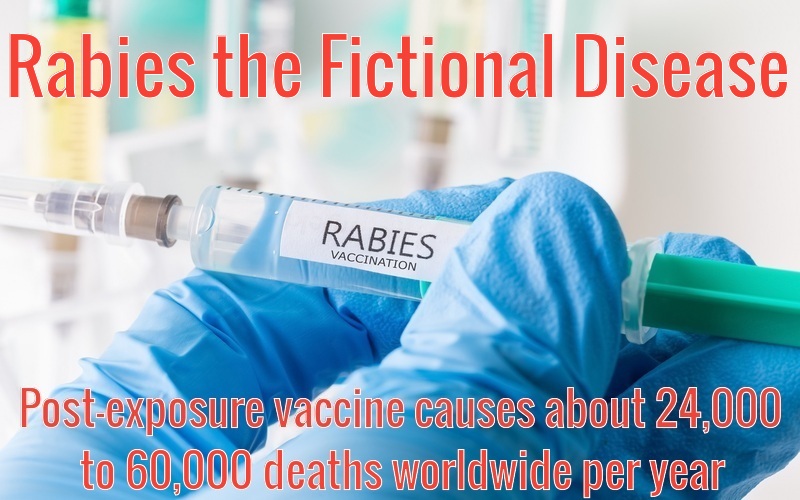 Rabies is a ‘claimed’ viral disease that causes inflammation of the brain in humans and other mammals.

The reality is, the disease labelled Rabies is simply dehydration, which causes foaming around the mouth, headache, sever irritability, and if left without water, eventually death; this simple condition of dehydration has been transformed fraudulently into the fictional virus of Rabies.

Their vaccine consisted of a sample of the rotting flesh harvested from supposedly infected (and necessarily dead) rabbits, which was dried for 5 to 10 days. Similar nerve tissue-derived vaccines are still used now in some countries, but this type of toxic vaccine carries a much higher risk of neurological damage to the victim, than cell culture vaccines.

Every infection with a claim of rabies, treated using the standard treatment by the medical system results in death, the treatment for someone that is claimed to have the fictional virus rabies is 100% fatal, the question then is, why is it called a treatment?

The rabies treatment and vaccine business, generates around $6 billion annually, and cost around 24,000 – 60,000 human lives, murdered through “treatment” each year.

Rabies is a fictional disease so it has no treatment, therefore needs no eradication.