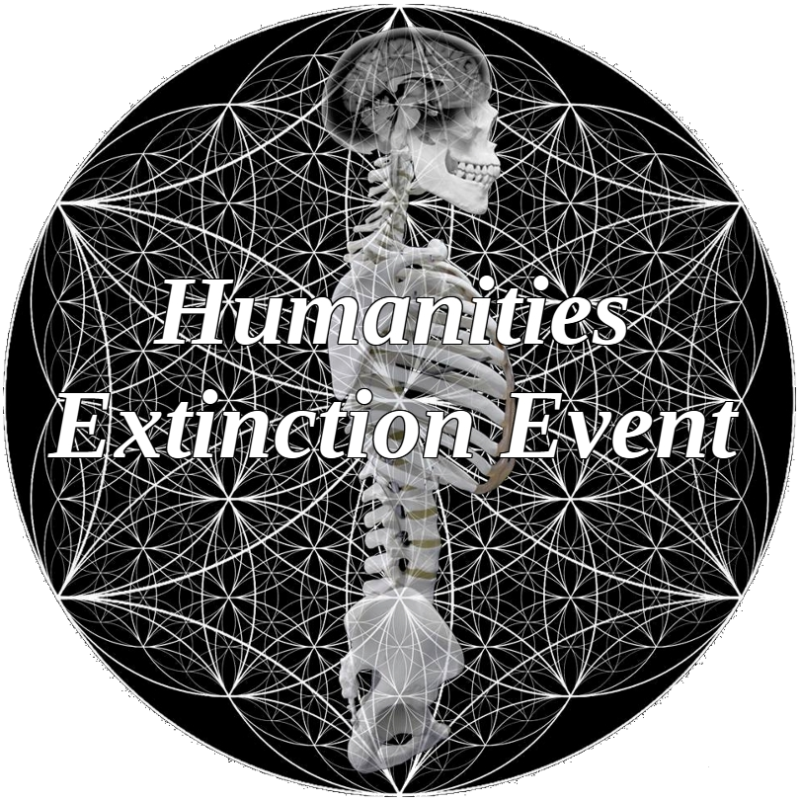 Why are they working so hard to make humanity extinct?

There is absolutely no denying that the paedophile class (psychopaths like Gates, Biden, Rockefeller, Rothschild etc.) have an agenda of depopulation, it is well documented, but their present vaccine genocide will not depopulate, it will ultimately end in humanity, no longer existing, this is an extinction plan.

If you want to depopulate you would be selective in your targets, this is not, the vaccine genocide is all encompassing, presently requiring twice yearly shots with proof, through vaccine passport in an ever growing number of State fiefdoms.

Those that can survive the “vaccine” injections, if that is even possible, will have a tracking, monitoring, regulating, system injected into the them, this toxic chemical tracking must be reinjected every six months, and this is why they will mandate biannual vaccines, imposing it as a requirement of a vaccine passport.

The Covid (not a vaccine) vaccines are not proven, they’re openly claimed experimental, and all vaccines are exempt from liability by State government Mafias, this being the case, these vaccines all function as a huge experiment, they claim this experiment is to see if the vaccine gives a reduction in the severity of the infection, nothing more.

Yet, government Mafia after government Mafia around the globe are mandating the vaccines, not just one experimental vaccine, but shot after shot of the vaccines, to keep the vaccine passport valid. All heads of the G20 Mafia States have signed to impose the Vaccine passport in 2024 – Argentina, Australia, Brazil, Canada, China, France, Germany, India, Indonesia, Italy, South Korea, Japan, Mexico, Russia, Saudi Arabia, South Africa, Turkey, the United Kingdom, the United States, and the European Union.

The vaccines are not all the same, some of them cause system wide blood clots, like the Johnson & Johnson vaccine, others infect the victim with Prions disease, like the Pfizer vaccine. Prions disease is caused by a crupted protein, so is contagious through the exchange of bodily fluids, again if this was simply depopulation, spreading Prions disease would be a dangerous choice, this could get out of control quickly and cause a runaway infection to all humanity.

The victims of the tracking, monitoring chemical cocktail vaccines shed, because the body is in shock and expelling the toxic cocktails from every pore:

Are the Convid Quackzines Shedding? ADV Helps You Understand

They are continuing to target the children, if this was depopulation the children would logically be the future, but it is the children that have suffered at the front line of vaccine abuse, under the pretense of protection from the fictional viruses invented by the medical mafia. Do not confuse disease with cause, a disease can exist, but the cause is the fiction; viral infection is a fictional cause. The covid injections targeting children will make them sterile for life, at best.

The assault on the freedom of expression and information is totalitarian in its style, purging the internet, wiping away any reference that differs from the paedophiles class’s narrative, which is blatant in its lies and suppressions.

If, as the ill-advised believe, the government Mafia is working tirelessly like saintly demigods to protect the population from an evil bogeyman of viral infection, then they would not need to crush freedom of expression, evidence, information from alternative sources, medical experts expressing contradictory information to their owned medical collaborators.

The future is now very dangerous, the ill-advised, who believe the paedophile class’s many and constant stream of lies from media, medical quackery and government Mafia, will DEMAND, all are vaccinated, as the results of the first vaccinations coming home to roost, the deaths will be marketed by the media whores as a new super virus, and the magical experimental, emergency vaccine, claimed to save us all, is already in the system.

The vaccine passport will be soon be a heavy regime of injections annually, they have a huge number of vaccines ready to go once the passport is established, the ill-advised will die off quickly, the question is what will the slightly less ill-advised do?

I expect the frightened and confused who demand the vaccines are violently imposed on all, will die off completely within the next decade, but what will the intelligent do, will any exist, or will the volent forced vaccination be common place?

Without forming community NOW, no one will survive, the State Mafia is now targeting those posting truths, that exposes the agenda of the state and medical Mafias, working on new legislation to criminalise those who try to get the truth out to the ill-advised, even now it is claimed by some, (I don’t know if that claim is true), going as far as kidnapping the children of antigovernment, antivaccine posters, possibly for the horrors of the paedophile rings they operate. Community is the only way to prevent such attacks.

Silence is suicide now, to sit silently, hiding from the global lockdown on freedom of movement, expression and truth, will end very badly, you have ONLY one option left, and I will continue to make that as clear as humanly possible, YOU MUST FORM ANARCHIC COMMUNITY NOW; either physically through the creation of local technological hubs, to develop technologies and help to form cooperatives locally, or through the development of the software platforms I propose, or some other equally valid models I do not know of, that would achieve a similar outcome!

I’ve been saying unwaveringly for many, many years, anarchic community is the way out of the economic slavery system we suffer, but the paedophiles have upped their game, now the ONLY way you will survive the paedophile class’s extinction event, is to form anarchic community outside of the cities, bring in the local people around the community, show them through example a better way to live, free of usury, hierarchy and imposed monopolies, community must be built around a population that has mastered the skill of reasoning, as without reason, people are unreasonable, easily controlled, foolish, greedy, arrogant, ass holes.

It’s impossible to have community without firstly, each soul within it, having the skill to reason to truth as a prerequisite. Community will not form, cannot endure long, will have no harmony or beauty without that fundamental requirement.

Show people how to live, and expose the reality of simply existing, which is the present reality, starve the government Mafia of revenue, stop paying them, the wider the truth, reason, and unity can spread, the more that may survive the extinction event.

If no one comes together, then it seems unlikely anyone can survive this in the end. The end game of the paedophile class may be depopulation, but clearly it will result in extinction, the paedophile class of parasites believe they are a master race that no longer needs the slaves, they want to be rid of us all, as if they are a separate species?

They say it is darkest before the dawn, the UK is the heart of the paedophile beast, the City of London known as the Crown corporation, this corporation is the Vatican Ba’alist dogma at its extreme, controlling the commonwealth fiefdoms, and all it’s colonies, such as America, Arabia, India etc. these would then be the darkest places, and the first places the twilight would begin, allowing the dawn of the light of reason to shine.

If all remain cowardly hiding in their fear filled world of ignorance and conformity, things will be getting much, much worse, they have the 5G weapons system also, trees it seems protect people, they have been chopping down the trees all across Europe and the UK in preparation for the 5G control system, that will be run by their A.I.

My construction model that increases arable land instead of consuming it, as it does with the usury model, would protect against this, as it is within the earth covered by trees etc.this protection is need  because the 5G is being further developed as a satellite network,  covering every square inch of the planet, this will be the end game for dissent, as the AI will track and target dissenters with the 5G network, people must stop feeding the government banking mafia, stop paying the taxes, stop trading with their money and collectively work to develop alternative models of social interaction outside of all hierarchical control models.

They’re already on stage two of the great reset, the climate change scam, this will take control of all natural resources, water, seeds, trading food, even paying for the very air we breathe, it is now or never, there is no other window in the future, there is no future where humanity could exist under such conditions.

LINK: THE VACCINE DEATH REPORT Evidence of millions of deaths and serious adverse events resulting from the experimental COVID – 19 injections