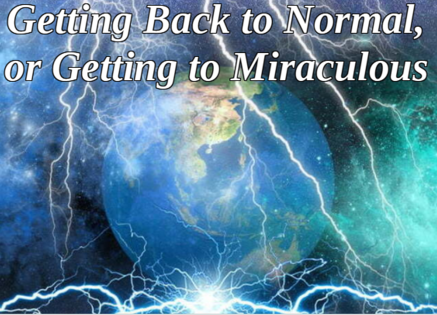 There is no possibility of ever returning to the restrictive govern mental control that dominated the slaves before the covid19 scam. The paedophile class have been emboldened by the global success of their totalitarian lockdowns. Lockdowns, social control and mandated medical experimentation will now continue, for as long as the paedophile class, rule over humanity.

The level of stupid has now reached a tipping point, the paedophile class has, for over a century, been dumbing down humanity, each generation is dumber than the last, each mind slower, each thought less alive, now we reach the tipping point, the stupid beg to be experimented on, or exterminated by their masters, “Where’s MY vaccine? I want the vaccine first! Vaccines should be mandated, and those who refuse held down and injected!. What!!! You’re not vaccinated, you’re a TERRORIST! You’re a danger, you might infected the vaccinated!”

In the UK 25 million people so far, March 2021, it’s claimed by the media whores, have been injected with an experimental cocktail of DNA altering chemicals, designed to interfere with the mental and physical functions of the body. If the paedophile class can achieve their goal of 95%-100%, then the covid lockdown will end in that location, like a magic trick, but if the population resist the chemical cocktail injections, then a new covid variant will demand ever more repressive totalitarian controls be imposed, until the population is worn down, and they achieve 95-100% injection rates.

This is of course self evident to a functioning mind, hence the reality that minds no longer have the capacity to function beyond very basic tasks.

Why do they need 95% or more, because if they have too large a group that is unvaccinated, it will be self evident even to those with the most retarded brain function, that the vaccinated are dropping like flies and the unvaccinated are not.

“Why do they want to alter DNA or exterminate the population”, you may wonder, “that’s just insane!” And their conditioned to think that you’re nothing but “a conspiracy nut job, who believes in a flat earth and alien spacemen!”

Well the paedophile class are families, 13 families rule over humanity, and every generation of these families has historically had the same objective, depopulation, and added to this they do not need billions of people any longer, because technologies have advanced to a point automation can allow one man to do the work of a 1000 of the past.

For many decades the paedophile class have been driving populations into cities, with the ultimate objective of mega cities, with little to no people outside these prisons. The 5G weapons system has ignited the push to bring about the extermination of the majority, and the totalitarian enslavement of those that survive. Linked to AI the 5G system is able to track and target populations or individuals and either make them very sick, or murder them.

Dissent under such a system would be a form of suicide.

Isolation is always the objective of all hierarchies of control, they have now stripped every vestige of common unity, they have attacked the family unit to the point it has become a dismembered corps in many fiefdoms.

So we reach this point of enslavement. The chains and cages of the mind are an illusion, but for the majority, the chains are worn with pride, their cages are called home.

The Self Evident Mystifies the Slave Mind

The self evident is buried under a huge mountain of irrelevancies and misunderstandings, created for the very purpose of burying the self evident.

For example, Bitcoin is a simplified Ponzi scheme, this is self evident. It began with no value, so those who buy it give it value, just like a Ponzi scheme, the increase is generated from those investing in the scheme, as long as people will pay more and more for a worthless token, then the token will appear a good investment, but as with every Ponzi scheme, the danger of people no longer valuing the token (investment) and cashing it in, looms heavy. This Ponzi scheme is also especially open to manipulation from the paedophile class, who can buy, buy, buy at any price for prolonged periods, then when the market is fat, they dump all their tokens on the market at once, crashing the value.

People are trained to believe “money makes money”, no, the self evident reality is, fraud steals value.

This belief that “money makes money” is so ingrained, people seek it as an economic solution, believing if they can simply steal value, then they can live fat on the land, but all value is created through the labours of someone, if you gain without labour, then by default you must be stealing that value from the labours of others, this is self evident, the entire institution of economics exists for the sole purpose of justifying the money makes money nonsense, inventing ever more elaborate deceptions, and these deceptions cloud the thinking of the majority.

Is economics a subject worth study?

No, it is not, economics is the logical fallacy laden arguments to defend and expand the concept of usury. The self evident truth is the only function required of what is nominally labeled “money”, is as a true medium of exchange.

A true medium of exchange has three elements that money in its many forms today does not.

The second element is guarantee of value, this is done, by making every token of the medium of exchange an advance of someones labours, with an external guarantee of repayment attached, this means the value of an exchange of labour is not only from the one gaining the advance, but from a disinterested party who guarantees to pay the advance if it is dishonoured by the original gainer of the advance.

The second method to giving external guarantee to an advance is through stored value.

The third element needed is a closed bond. This is required to end the five forms of usury. The bond is a written agreement, sealed with a physical imprint, and witnessed. This is effectively a social bond, the State mafia claim a social contract, one that is not written but theoretical, which compels the individual to the dictates of the mafia, however if you establish an alternative social bond, one you have sealed in witness, their claim dissolves.

Now you may think “How will I gain selfish advantage using a true medium of exchange, I’m better off with money making money?”

Consider the present system, you work, if you work for an employer you lose part of your labours to them, they make money from your labours and give you a benefit for that exchange, this is known as economic slavery, and is not part of the bonding model.

Next the State mafia demand the extortion of taxation, this varies state mafia to state mafia, but in general they extort around a third of your benefits for your labours.

The State mafia demand taxation when you spend your benefit for your labours, this varies from purchase to purchase, but is around 20%-30%. In Kuwait for example the added tax is 51% on purchases, as the dominating mafia family force corporations and companies that wish to trade in Kuwait, surrender 51% controlled and profits to them, which means the corporations simply add 51% to the purchase price, in this way the Kuwaiti ruling mafia take the tax directly cutting out the government.

Tax added to “luxury” items, like energy, fuel, cigarettes, alcohol, air travel can be huge, as much as 80% tax.

The state mafia extort taxation from the employer for a share of the interest they demand for the use of their capital, known as profit.

The employer must pay license, accountant fees, and the added extortion applied to energy, business services they utilise and rent seeking for land use of the state. All this adds the cost of goods and reduces further your benefits for trading your labours.

The bank steal the value of your saving through the fractional reserve banking model, which creates all fiat as interest bearing debt, this means they must effectively double the money supply every decade to maintain the fraud, which has the effect of halving the value of savings, and requires you must annually seek a pay increase to maintain the same benefits of the year before; of course this is generally not possible, so in real terms this allows you to gain less and less each year, which is why before the banking system 300 years ago, a man needed to work only 14 weeks a year to gain enough to feed, house and clothe his family, today both the man and woman must work every week to maintain a family.

Extortion of the state is imposed in other areas, travel, use, and access, further devaluing the benefits you traded for your labours.

Further extortion is imposed by corporations, the medical mafia, the energy monopolies, the movement of good. Every digital transaction allows the banking mafia to gain around 5 or 6% of the value. Middlemen inflate the cost of goods, as they transfer from hand to hand.

The bonding model ends every element of that usury system, while increasing the value of labour by two or three times. So you gain 100% of the fruits of your labour, as the model expands all goods and services attached to a bond, are free of profit, tax and banking, which means they are far cheaper. As the model is a reverse of the usury one, the need, not money monopoly dictates production, which results in the quality of goods becoming very high.

When you consider you gain around 5% in real value from your labours, then on average you would gain the same value as a years worth of usury benefit labour trade, per week, in the bonding model, no hierarchies, no usury, no banking monopolies, no mandated fiat fraud. All the bonding model does is create an alternative, no one is interested in forcing the state, medical, banking mafias to end their frauds, only that everyone has a free choice.

People are fooled by the hierarchical parasites, as they impose monopolies, allowing no comparison. Does it cost 300 million to feed the homeless in a small city for example, of course not, they spend 1 million and steal 299, this is the model globally, the level of theft dominates every aspect of govern mental control.

The usury system does not value labour, and realising that labour is your wealth is key, you have wealth in your labours, and their is no shortage of labours that people need, only a monopoly imposed that restricts access to resources, and money monopoly permission to use the wealth, your own body could manifest.

So the question is, do you want to continue to mumble under your breath at the suffrage imposed by the mafia governing the land, or do you want to help establish an anarchic model, helping to develop the coding of platforms, to ultimately establish a peer to peer free download, to allow people to trade free of the existing system?