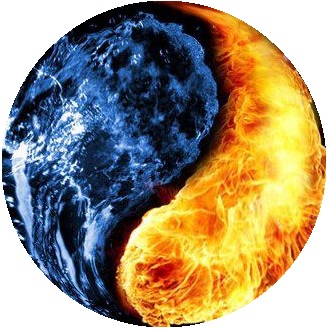 Legislation is constructive in its nature; it constructs fictional rules of conduct, fictional regulations of circumstance and fictional instruments of commerce.

These fictional constructs which cannot exist without having their character assigned to them and applied upon others by coercion or deception, are constructed legal fictions created their self, by a legal fiction, acquiring their characteristics in consequence of the way in which they are regarded by a rule or policy of the authoring corporation; hence completely unsubstantive, so inferred, implied, and made out entirely by legal interpretation, to relate corporate policy grammatically, meaning knowing one’s enacted literature in construing facts, conduct, circumstances, or instruments.

The construction of legal fictions derives from legal fictions, and all modern fictions originate from the overarching authoring corporation of the Vatican. All that is legal, and so all fictional legal constructs exists through constructive authority; they are inferred, or assumed, to have been given justification because of the grant of some other antecedent authority. The question remains what source was used to create the first fictional construct, as no antecedent author existed to create its fictional construction?

All hierarchical fictions must create the spectacle of both mystery and foreboding as a contemporaneous exposition, legal fictions apply this to sell their inferred and implied application upon the citizen, (the construct of citizen being the straw man used to re-present a living soul as a legal construct).

Where is the authority of law derived?

The claim is from the consent of the governed, within a social contract expressed through a constitution. You unwittingly consent to the fictional construct of the social contract, which does not exist ponderably; consent is seized when you accept your legal status, name, representation or understanding.

Identification of the rationalization of a law, meaning, where was the fictional construction drawn from, and when, and the circumstances under which it was constructed, and the mandate to be construed, as a statute or custom; what is the origin. Clearly it is an impossibility to show the foundational origins of constructed legal fictions, as the first fiction has no antecedent, as all legal fictions build from a fictional foundation of ownership, itself a fiction without any foundation. Most laws are imposed dictates breaking the inherent power of autonomy, all imposing laws without the wronging of another soul, are themselves wrongs when inflicted.

Constructed legal fictions are the exclusive basis of the modern feudal court system:

The fictional construct needs to construct assent or consent from living souls to take the non-substantive and apply it practically; the construct grants consent in several ways, but one is through the fiction standing as fact, if un-rebutted, meaning to apply to a re-presented living soul, it must be inferred or implied as fact without challenge, therefore the silence or ignorance of the living soul is the common method of consent directly to colour of law dictates.

Constructed rules of conduct and constructive crime can be applied to the fictional construct of the citizen which is then imposed upon the living soul:

Jefferson. “Eating up the usufruct – means extinguishing the next generation’s ability to share equitably in the benefits of a natural resource. No individual or society has authority to cause such extinction, whatever personal or collective they may allege …”

Legislation cannot change in anyway, or remove, or deny the inherent power of the individual, it is used to fool the individual into the belief that they are powerless, and under the authority of fictions. The natural equity of inherent power nullifies legislative law that contradicts it innate nature. No fiction can exist substantively, fictions can only exist by corruption, collusion, treachery and the force of arms applied upon a slave by their imposed master.

The substantive, that which belongs to the real nature or essential part of a thing; that which is innate, the truth; this is the theoretical basis of arbitration of wrongs, which practically stands in direct conflict to the feudal court constructive structure, hence the need for the feudal Lords to author legal fictions to obviate the substantive inherent nature of true wrongs.

The substantive cannot be held within the construct of legal rights, although this is claimed by some deceptively; ‘rights’ are a grant from a superior to an inferior living soul, however substantively all living souls are created equal, therefore rights are a fraud, as no soul is superior to give grant to any inferior; substantively, inherent power is the innate receptacle of reciprocal obligations and responsibilities.

The substantive cannot be imposed to be binding, substantively inherent power always protects, it cannot impose, as it must stand reciprocal in reasoned conclusion. So for example if you prohibit me from smoking marijuana privately, and impose that prohibition through force of arms, inflicting punishment upon me for ignoring your prohibition, that prohibition stands in direct opposition to the innate inherent power each soul possess, and you have substantively committed a terrente (the peace of the mind threatened) against me; as what I do to my own body, that does not encroach on those around me, is not a wrongful act, as no soul has endured distress from my actions, however to threaten me with violence, kidnap, incarceration, or theft, for simply ignoring an imposed prohibition constructed fraudulently to subjugate and extort, is a clear terrente (the peace of the mind threatened), and in a true substantive witena-gemot, relief could be sort.