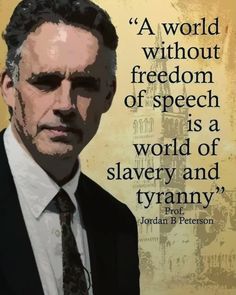 If you’ve not heard of the CCDH here’s a good description of their purpose:

“CCDH vaccine propaganda is focused upon polarising opinion. This fake division is created through CCDH disinformation. Like many propagandists before them, they deal in inaccurate, empty generalisations. They hope to convince their consumers that anyone who ever questions a vaccine must be a nutter. The same dross was recently promulgated by the UK Conservative Prime Minister.

By misleading people that there is no scientific basis for some vaccine scepticism, nor any legitimate concerns about vaccine safety and efficacy, the CCDH are creating fake social divisions in the hope of building real ones. In order to achieve this aim, the CCDH assert that anyone who asks any questions about vaccines is driven by hate and is therefore an extremist who threatens public health, ultimately posing a threat to national security.

They are creating the ludicrous, fake bogeyman of the public health terrorist. The alleged anti-vaxxer as subhuman, a vile, hateful extremist. They are “other.”

Johnson thinks anyone who questions vaccines is a nutter, unlike him

The CCDH propaganda narrative on vaccines is part of a wider slew of nonsense which underpins government efforts to censor the internet and freedom of speech. In the UK we were due to get our first clear sight of the legislative censorship grid with the arrival of the Online Harms Bill.” Iain Davis (Off-Guardian)

“Whoever would overthrow the liberty of a nation must begin by subduing the freeness of speech.” Benjamin Franklin

Freedom of speech is a huge problem for a system of lies and frauds, to prevent free expression, and to silence any voice other than those of the liars and thieves of the hierarchical political system, a new company was started by Imran Ahmed. Imran is former political advisor to Labour MP Hilary Benn, with the objective of targeting and attacking anyone presenting any information that would expose the official narratives.

According to Imran Ahmed, founder and chief executive of the private company, Centre for Countering Digital Hate, anti-vaxxers are:

“an extremist group that pose a national security risk,” because “once someone has been exposed to one type of conspiracy it’s easy to lead them down a path where they embrace more radical world views that can lead to violent extremism”

So the political whore Imran, believes just to be exposed to the truth about vaccinations, or climate change, or 5G technology, or anything else he and the political whores, of the hierarchical system of govern mental control, do not want questioned, makes you a “likely” violent extremist. What evidence does Imran provide for such a ridiculous view, of course this half wit needs no evidence, he simply wants to shut down any voice that questions, or provides evidence that refutes the political narrative.

“Of one thing he is sure: antisemitism lies at the base of almost all on-line hatred. Scratch a racist, Ahmed says, and there is almost always antisemitism underneath.” Jewish Times Link

The majority of the global elite are Ashkenazi, antisemitism is a method to prevent the many crimes of the Ashkenazi from being openly discuss, from the domination of banking, porn, media, organised crime, arms dealing, prostitution, organ harvesting, corporations, politics, to the false foundation imposed to stagnate advances in physics, astronomy, geology, medicine, history etc, or the theft of Palestine and the systematic extermination of its original inhabitants. Presently new laws are being passed to criminalise anyone who dares to expose anything connected to the Ashkenazi. New laws are also being attempted, that criminalise people that spread true information against vaccination, climate change, the pandemic fraud, 5G dangers, or anything that brings into question any political narrative.

“When you tear out a man’s tongue, you are not proving him a liar, you’re only telling the world that you fear what he might say.” George R R Martin

Boris Johnson is framing, in political sound bites, that the covid pandemic (in reality a fraud) could not be dealt with effectively because people have got too much freedom.

Freedom of speech, or freedom of expression, is now a clear danger to the state mafias narratives, and they are working towards making the truth a criminal offense, just as the Jewish power over the Europeans did with holocaust denial; even stating provable truth about the holocaust, that questions the official narrative, will land you in jail within certain European states.

“Everyone has the right to freedom of opinion and expression; this right includes freedom to hold opinions without interference and to seek, receive and impart information and ideas through any media and regardless of frontiers.” United Nations, (Colour of law, meaning just a suggestion, not law) Universal Declaration of Human Rights

Does the Conservative government really, as its policy paper says, support “the widest possible definition of free speech”? Clearly not.

The censorship of any voice, is nothing but oppression, you do not silence a voice, you refute what it states with truth, if the anti-vaxxer presents evidence, then prove it is not true, if indeed it is not true, if they present opinion, then refute that opinion with reason, if indeed reason is able to refute that opinion. You have no more basis to silence my voice than I have to silence yours, I would never censor any old bullshit Imran Ahmed, Keir Starmer, David Craig Roberts, Dr. Siobhan Marie McAndrew or Kirsty Jean McNeill spewed, unlike them, I believe in freedom of speech.

“If liberty means anything at all, it means the right to tell people what they do not want to hear.” George Orwell

“Once a government is committed to the principle of silencing the voice of opposition, it has only one way to go, and that is down the path of increasingly repressive measures, until it becomes a source of terror to all its citizens and creates a country where everyone lives in fear.” [Special Message to the Congress on the Internal Security of the United States, August 8, 1950] Harry S. Truman

“1. Everyone is entitled to their opinion about the things they read (or watch, or listen to, or taste, or whatever). They’re also entitled to express them online.

2. Sometimes those opinions will be ones you don’t like.

4. The people expressing those may be (but are not always) assholes.

5. However, if your solution to this “problem” is to vex, annoy, threaten or harrass them, you are almost certainly a bigger asshole.

8. So leave them alone and go about your own life.” John Scalzi

But I would add, vaccines are exempt from liability by the State mafia. No matter how grievous your injury or your child’s injury, no matter how toxic the ingredient, no matter how sloppy the line protocols, no matter how negligent that company, you cannot sue them for redress.