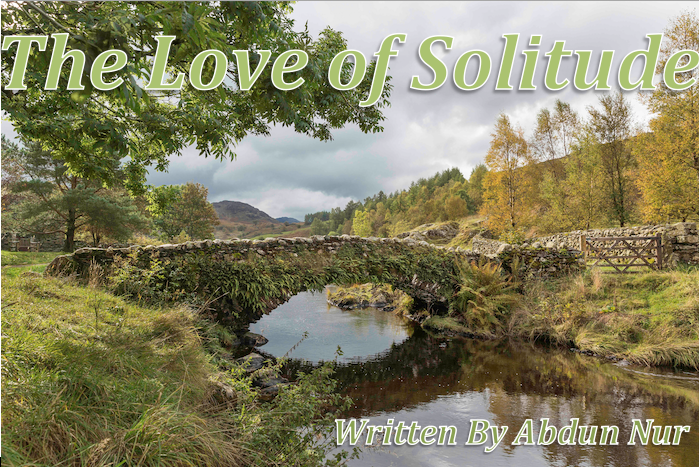 “Each time one prematurely teaches a child something he could have discovered himself, that child is kept from inventing it and consequently from understanding it completely.” Jean Piaget

The morning still had not dawned, when the old woman was awoken to a loud knocking at her front door. She got out of bed and groped around in the dark for her dressing gown and slippers. She was feeling so tired, and a little achy from all the hard work she had not rested from. She continued to fumble around for her slippers and dressing gown, until finally she located them and put them on. Her eyes kept fighting to open, but sleep kept closing them again as she forced herself out of the bedroom door.

She slowly descended the stairs with the constant beating on her front door, and a voice demanding she open up.

As she opened the front door she was confronted by two police officers who stood onerously on her door step. “Morning Madam, we’ve had a report that Marijuana is being grown on these premises, could we come in?” The officer said politely.

Gwen looked flustered and stood silent, not sure how to react.

The sound of “No.” made her turn around, as Sill walked down the hallway, speaking resoundingly. “Do you have a search warrant?” He continued.

The two policy enforcers ignored Sill and addressed Gwen again. “Do you live here alone?” The officer asked thinking it unlikely a woman of her age and appearance would grow pot, and it more likely the mouthy youth would be their quarry.

“That’s none of your business. If that’s all?” Sill answered for Gwen and continued. “Without a warrant we’ve no interest in contracting with you.” Sill was beginning to close the door on them.

“Madam we can get a court order to search.” At which point the door was closed.

Gwen and Sill stood silently behind the closed door; they heard the two men talking for a short time before they left. Gwen gave a great sigh of relief, and looked at Sill with a weak smile. “Thank you.” She wandered down the hallway yawning, as she headed into her kitchen for a glass of water.

When Gwen headed back into the hallway, Sill had disappeared back to his bed, so she slowly climbing the stairs heading back to hers, eager to snuggle under her warm duvet again, and sleep a less troubled rest.

She decided to have a sleep in, and didn’t wake up again until nine thirty.

When breakfast was finished she sat down in front of her coal fire with a hot cup of tea feeling content and relieved, when there was another knock at the front door, Sill and Phil had both vanished into the garden to work after breakfast, so she was alone with her cats, she was a little apprehensive, thinking maybe the police had returned.

As she opened the front door she was braced for the worst, but to her relief Cathy and Tom stood there. “What do ‘you’ want?” She asked them in an unfriendly tone.

Tom smiled. “Gwen, we’re hoping we can come in, and have a chat.”

The old woman frowned, and looked at them for a few seconds without replying. “You know the police were here this morning, roused me from my rest…

I was very upset last night!…” Gwen stood looking coldly at them holding onto the open door.

She pondered silently as they both waited expectantly. “Well I suppose you can come in, at least Cathy can take her gift and reduce the clutter in my living room.” She told them opening the door wider.

“I suppose you’d both like a cup of tea?” She said as they walked in, the etiquette ingrained into her from her childhood forcing her to ask, although she really didn’t want to make them one.

“That would be very kind of you Gwen, thank you, and thank you for giving us a chance to talk with you, it’s really appreciated.” Tom replied.

“No need to fawn Tom. It’s just tea.” The old woman said dryly closing the front door, she was not happy at all with the situation caused by Cathy.

When she entered the living room with the tea, the two guests’ were looking at the sculpture of Cathy’s bust; Cathy was very happy, and was stroking the sculpture lovingly. As the old woman placed the tray on the coffee table Cathy walked over and gave her a big hug, the old woman just stood there without returning the affection. “Thank you so much, it’s truly beautiful.” Cathy said giving the old woman a kiss on the cheek, and another even bigger hug, which made the old woman’s face crack at last with an un-suppressible smile.

The smile had broken her mood, and she felt more inclined towards them now. “Have your tea, I’ve jammy dodgers and chocolate digestives, help yourselves.” She told them still smiling.

Tom sat across from the old woman and gave a concerned smile. “Are you being charged with growing Marijuana?” He asked.

“No. The plants have gone, I ignored the police this morning. If, or when, they come back, the issue no longer exists.” She replied.

“Oh. Excellent. The dean has reprimanded Mr. Cohen, and wishes me to convey his regret at the unfortunate exchange you suffered with him.” Tom continued with his rehearsed presentation. “I’d like to say, your work conveys many messages to the viewer that would open perception. Sadly, the stolid school and mendacious media institutions impose a tedious monopoly upon the imagination of a child, and over time that imposed form withers their innate imaginative abilities until they become, a dull grey being.

Your work is an endowment for the future, it will open the minds of some to unthought-of possibilities in perception, expression and visualization.

Your skills need to be passed on to future generations; you’ve taken the form of expression to new heights. It’s meticulous in structure, beauty, and execution. You’re a master, one without any living competition.

That must be shared.” Tom had clearly been preparing himself for the meeting.

“Please Gwen, the university faculty really want to work with you, and learn from you.” Cathy said in support of Tom’s efforts.

“Look, it seems clear if I did get into bed with the university I would end up losing myself, my routine, my solitude, my freedom, and what’d I get in return, egotism, acclaim, the open prison of public fame, whose chains shackle the soul to the walls of institutions.” The old woman replied.

There was a silence, the fires music the only sound. “I’m old. I’m cynical and a little embittered with people, and their ignorance and foolishness, most people I find disagreeable, and deservedly so.

I like Cathy, she reminds me of her grandmother, Hilda, when she was a young woman.

I realize I’ve a gift, and I also realize it’s my gift, and I’ve no obligation to share it, or its product.” The old woman explained.

“You look remarkable for your age, but you know, time does eventually run out by all accounts, and it would be a loss to future generations for that time to be selfishly hoarded, your abilities need to be taught to others, if possible, and your techniques documented.” Tom replied.

The old woman sat silently looking at them deep in thought, her expression was one of pondering options. “Well I’ll tell you straight up. I’ll not be working with your, or any other university.” Gwen could see her words had disappointed Tom greatly, his face had dropped and he was silent.

Gwen felt some pity. “I’m sorry I’ve disappointed you. that’s the bare bones of the situation, nothing can alter that.” Gwen said resolutely.

I have another request, a smaller one.

We talked last night about commissioning a large sculpture for display in the main entrance hall at the university.

Would you be willing to accept that commission?” Tom said.

“Possibly. I don’t know.” Gwen liked the idea of creating the sculpture that space had prevented her from carving.

“It would be a considerable commission, the university would pay you a high price I’m certain.” Tom added.

“More money isn’t important to me, I’m comfortable and have no need of looking for paid work.” Gwen explained. The three of them sat silently for a few seconds.

“I’ll tell you what, as you’re so keen on my doing this, I’ll come to the university and have a look around, that’s all mind, just a look around. It may not change my mind, it may not help you in anyway. But, just to lift your dejection, I’ll go; I’ll look at the space you want to place my sculpture.” Gwen said.

“I can pick you in the morning, what time would you be ready to go?” Tom replied enthusiastically.

“OK, I suppose I could go in the morning, I can be ready at eight.” The old woman was feeling very emotionally drained as the pair prepared to leave when they’d finishing their teas, she still wasn’t fully recovered from the previous days stresses.

“Tom. Could you carry my sculpture to the car for me?

“It’s too heavy for me to move.” Tom said after he tried to lift from its stand.

“That’s fine.” Gwen replied. “I can arrange for it to be delivered, I’ll ask Sill and Phil to bring it over for you, just write down your address Cathy.”

Cathy wrote down her address on a piece of paper. “When do you want it dropping off” Gwen asked.

“Tonight would be fine, or whenever.” Cathy replied.

“OK. I’ll get it delivered in a taxi with the two boys around seven.” Gwen smiled.