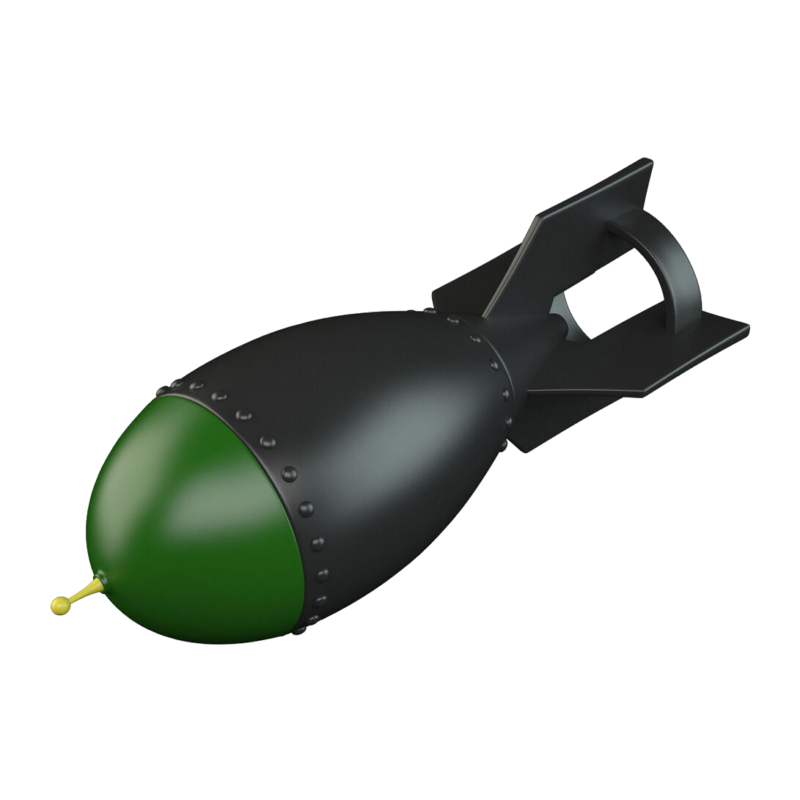 (If you wish to communicate about this article with the author email: abdun@hotmail.co.uk)

It’s estimated it takes around three gigajoules, that’s 1,579,695° Celsius, to vaporise the human body, but that would only vaporise a body over a short period of time, to do it instantly would take a magnitudes higher energy blast. Now the claim of the Ashkenazi (Every member of the team that formed the nuclear weapons claim, was Ashkenazi) is a nuclear blast is 100,000,000° Celsius, (the atmosphere of the Sun is between 2 and 20 million degrees Celsius) this temperature would instantly vaporise a body, but what would that do to concrete? 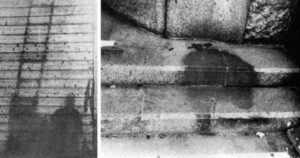 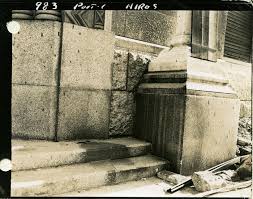 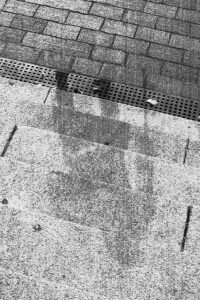 Concrete will absorb heat, and at fairly low temperature begin to melt, granite will begin to melt at 1260° C (granite is the hardest material within concrete), if you exposed concrete to 100,000,000° Celsius it too would be vaporised, yet we are told by the Ashkenazi that shadows of humans, vaporised by a nuclear blast, are permanently burnt as a carbon shadow onto concrete and other surfaces, while the concrete and other surfaces are unharmed. 100,000,000° Celsius would not turn things into vapour, but into plasma, even carbon would be transformed into plasma at 100,000,000° Celsius. So what you’d actually get from a nuclear explosion, if this were possible, is a giant glassy crater, the cold remnants would logically look like a meteor strike hitting newly formed lava flows, cooling into a glassy lake. Also you would generate huge electrical fields from such a blast, as plasma is an electrically charged gas. Huge electrical discharges, can be observed from erupting volcanoes, which have temperatures a tiny fraction of those claimed from a nuclear explosion.

Examples of Electrical Discharge From Volcanoes

So the lava that would be generated by a nuclear blast, if such a thing were possible, would cool very quickly at first, forming a thin crust that insulates the interior of the lava, thick enough to walk on in 10-15 minutes, but the lava itself takes several months to cool, this does not happen in the claimed nuclear explosions. And bear in mind lava ejected from a volcano is only 1250° C, a nuclear explosion would, if real, generate temperatures far greater.

It’s claimed a 1 kiloton nuclear weapon is one which produces the same amount of energy in an explosion as does 1 kiloton (1,000 tons) of TNT. Similarly, a 1 megaton weapon would have the energy equivalent of 1 million tons of TNT, however a TNT explosion at detonation has a temperature at the ignition point of 3226° Celsius, this seems hard to reconcile with a 100,000,000° Celsius ignition point explosion, if the effects of the explosion are considered.

The Ashkenazi claim the Sun is a nuclear furnace, however the surface of the Sun is only 6000°C, but the atmosphere around the Sun is between 2 and 20 million °C, which is around 5 to 50 times colder than a claimed nuclear explosion, this begs the question, how can the heat pass from the surface to the atmosphere if the surface is almost cold in comparison, while nuclear explosions are claimed the opposite with an internal ignition point temperature of 100,000,000° Celsius, and a surface temperature of 6000° Celsius, which is almost cold in comparison to the internal temperature? Does that nonsense claimed sound even remotely plausible?

Any claim the Sun is a nuclear furnace, if the glaring logic is ignored of the nuclear furnace model, is completely disproved practically by the Papp Engine, this was developed by Josef Papp. Using the same gases that form the Sun’s atmosphere, held within the sealed ignition chamber of a piston engine, a plasma arc generated by a plasma plug, charges the gases, converting them into a plasma, which forms a powerful vacuum, compressing the chamber, pulling the piston up, when the plasma arc is turned off the gas returns, expanding the chamber, pushing the piston down, this burns no gas, it simply charges the gas. It seems likely the Ashkenazi Richard Feynman murdered his assistant to prevent this technology from development, and the Papp engine is widely claimed a hoax without any biases of evidence to show this. The electric universe model supports the Papp engine concept. (According to a 1969 article in Commercial Car Journal vol. 117, page 63. One dead, eight injured)

It’s claimed much of the destruction, (beyond the area supposedly vaporised we’d imagine), caused by a nuclear explosion, is due to blast effects. The blast itself, it’s claimed expends 40–50% of total energy.

A chemical explosion (like TNT), of a solid or liquid explosive material is converted to very hot, dense, high-pressure gas, which at sea-Ievel produces a peak over-pressure of 375 kilo-pascals (kPa), and this appears to be the same max. over-pressure generated by the claimed nuclear explosion.

“The physical-damage mechanisms of a nuclear weapon (blast and thermal radiation) are identical to those of conventional explosives.” (Wikipedia)

When you compare the claims of the properties of a nuclear weapon explosion, how could the physical-damage be IDENTICAL to a conventional explosion? It would be utterly impossible!

Can Compressive Force Split Atoms and Initiate a Nuclear Explosion?

The maximum pressure generated by gun powder is 50,000 psi, nitroglycerin is 25 times higher than the explosion pressure of an equal mass of gunpowder, so generates 1,250,000 psi, the (speculated) claimed pressure at the center of the Earth is between 48,496,630 psi – 52,905,415 psi, does this huge pressure split atoms? NO it does not, although the fraudster claim such reactions are possible based on the fiction of a chain reaction, this same claim is made for the Sun as a nuclear furnace, but all these claims are based on the same circular reasoning, and have no substantiated supporting evidence. So, it’s clear, pressure will not split an atom and release energy naturally.

What causes radioactive decay, is, when atoms have too many neutrons compared to protons, or vice-versa, their release causes radioactive decay. It is nothing to do with atoms splitting apart, this is why as the radioactive material decays over time, its decay steadily reduces as the available unstable atoms reduce, this decay rate is referred to as half life (which indicates the length of time it will take for the amount of decay to reduce to half the amount).

The whole of physics has been corrupted by the Ashkenazi, and has been held stagnant since the 1930’s, this corruption is also dominant within astrophysics (used to prevent the study of the electric universe model) as well as geology (which attempts to mask the reality that all planetary bodies are expanding as they absorb energy drawn into the planet externally, and gravity (gravity is a real weakling – 1036 to 1040 times weaker than the electromagnetic force or 1,000,000,000,000,000,000,000,000,000,000,000,000,000 weaker) is a pushing force generated through that process of absorption, which is why it pushes to the center, if it were an attraction of mass, as they claim, it would pull in all directions, which it clearly does not), I point out that it is a small group directly responsible for this imposed corruption, as that is the reality. You cannot explain reality using abstract mathematics, abstract means an art that does not attempt to represent external reality, this replaced quaternion mathematics, which does take reality into account. Link: Is Gravity an Attraction of Mass?

When you wish to present the illusion of nuclear testing, you have to convince the participants first.

You create two teams, one team builds a TNT control test site, in order to calibrate the nuclear blast, the first team believe the second team is building the nuclear test site.

Then when the test site is detonated, the first team believe they are seeing the test site explosion, while the second team believe they are seeing the nuclear explosion, and vice versa upon the second detonation. Of course you make certain no one can see the explosions (because if you look at it you’ll go blind), as you need to doctor films and add special effects, (very poor quality special effects), to sell it to the wider population. They stopped the propaganda films in the 1950’s as people, even then, began to question the genuineness of the films, as what they claimed was actual footage of a blast, looked more like a half wit had made a home made movie of a pretend nuclear explosion, as a joke film.

A mushroom cloud is normal for a large explosion, if you heap up enough TNT, you will, indeed, create a huge explosion, so it is quite possible to create a real mushroom cloud, but that doesn’t have anything to do with a nuclear explosion. I expect with the vast stolen resources States extort from the slaves within their fiefdoms, building a 10,000 or even a 100,000+ ton pile of TNT is well within the financial powers to organise.

Why Did the Ashkenazi Created the Fraud of Nuclear Weapons?

The Ashkenazi, who are experts in deceptions, lies and frauds, formed a think tank, they devised the idea of a super weapon that could, in one go, utterly destroy entire cities, this expanded to entire nations later on.

They decided to make radiation a deadly force, so deadly no one outside Government mafias could possess radio active material, in order that no one could easily obtain the material and disprove the fraud practically.

They needed to make the process appear insanely difficult, to further prevent the possibility of the fraud being discovered, making the process to create the purified radioactive material, both technically difficult and obscenely expensive.

In a Psychopathocracy nuclear weapons, if they actually existed, would dominate control, the earth would have regions wiped from existence until only the domination of the psychopaths remained, however even Israel doesn’t use them, a mafia so depraved, it would, presently, be unlikely a single Arab would still be alive, if nuclear weapons were possible.

Red mercury was well publicised on the main stream media, from the 1980’s into the 1990’s, claimed to have the pretend ability to create a nuclear weapon with a tiny speck of nuclear material, using the magic red mercury, which had the pretend power to turn this tiny speck of nuclear material into a powerful nuclear explosion, wiping out entire cities, it was claimed.

If you’re beginning to doubt the claims of nuclear weapons, you should seek out more information, a good book is “Death Object: Exploding the Nuclear Weapons Hoax” by Akio Nakatani

Begin to research the claims, see if they stand up to scrutiny, look beyond the authority and seek out the evidence.